Years ago I managed for the first time a large team of around 40 people, and we were responsible for processing financial transactions. Things were not going so well when I started as the team was located at a satellite office and felt a bit left alone at its separate location, isolated from the world. There were also some elements where they were clearly treated differently than teams at the headquarters. One example was that it was impossible to participate in the project aiming to put art on the walls; reasons were very practical and I tried to change things but it didn’t work.
Then team managers and I had an idea to turn this issue around and have an event where each team would create its art work. Although first reactions were quite skeptical (‘I cannot paint’ people would say) team managers and I decided to move forward and we organized an event after work; we organized drinks, snacks and some food. And being an artist I made sure all the materials were there.
Once the teams started it turned out they took it more seriously, had made several designs that they shared in the team, divided the roles within the team, and were actively painting. They looked at each other’s art work and at the end of the evening there were 4 paintings.
I observed a few things:
- people were proud of their art work, and wanted it placed as near as possible to the team.

- others were not allowed to be very negative about it, and it made the groups act more as one
- although people had to make compromises in the process, and objectively the art work probably would not have been considered 'the most beautiful', still people felt connected and thought their own painting as more special than the others.
﻿﻿

This event made me aware how strong the value of building a shared image where everyone contributes is. And the power of the image being there, remaining and reminding the group of what they share.
﻿﻿﻿﻿

The power of images was not new to me; I used it already in many of my papers, reports and plans. I had discovered that when I start approaching a subject it would be difficult to start writing large texts; there were so many things to explain, and how would I present those as a whole comprehensive approach or description. How to make sense and at same time seem completely logical to any of the readers. Exploring this many times in the past I had found that it was best to start drafting an image. The image would try to provide a simple overview of the whole subject I was describing; the issues we were facing, a new service that needed to be offered, etc. In the process a few things would happen that then helped to contribute to the final document:
1. collect all the relevant information; taking time to obtain all relevant information during some time, not necessarily start writing or creating an image.
2. start drawing an image and simplifying it; at the start when trying to draw an image that represents the issues and the way forward it would have too many boxes, arrows and text. I would continue until the moment that the image would really be 'simple’ or show 'harmony', and still respecting an adequate coverage of all issues and required elements. When the image was still too complex and 'messy' this meant that I was not yet fully mastering the situation; I was still documenting information, but not showing insight.
3. writing with the image as starting point
Last step would then be to write the document around the images; I would use much less text and the images would make it easy for people to 'see' the natural 'logic’ of the story and more easily connect.

The example of creating the paintings with the group showed me new elements:
It is good if I take in all information and create an image to 'sell’ my view. It is even better if I can involve others in the creation, so it becomes our shared image; and they feel it also represents their view and aspirations. And in addition it will make the image better if we are able to benefit from all different views in the group.
The process where I interact with a group to find a 'shared image' I call Shared Imagination.

Some interesting elements I have found in other disciplines that support parts of this idea:
- David Peat explains in his book Gentle Action that we are all a 'molecule in the sea'. We are too small to create whole new movements by ourselves, but we can try to see the waves coming and be ready to be in front of the wave. When our shared image for the team is including all people’s views, we take the benefit of all connections and senses we have out there to ensure we see the waves coming.
- In social psychology it is known that 'we find what we look for'; what is 'activated' in our minds will influence our perception. Example: (i) If I am thinking about buying a new car, all of a sudden I see cars driving...(ii) If I suspect other people of a conspiracy or political behavior, I will start seeing strange behavior around me.
We can also use the positive element; if people connect with an image of where they want to go they will see everything around them in that view and what they will do will more easily follow that approach.

At a workplace the most complex part of Shared Imagination is that it requires some things from the manager:
- communication skills to really connect to everyone on the team; to guide the process but leaving people the option to bring in their ideas and help create the resulting image
- understanding the strengths of people in the team as well as which elements motivate the people. Frequently I try to find out what people feel their added value is in the team, and what they want to get out of the team work (what energizes them).
- using strengths of the people in the process; someone who can make nice designs, an expert bringing real insight, someone good in maintaining team spirit, another person good in organizing the sessions, etc.
- important element is that the manager lets go of his/her ego, and truly opens up, accepts to be wrong, and instead focuses on understanding all views and opinions.

Creating an image that is fully shared requires lots of energy and passion. It is easier to push your own image or structure on the world, and in current hectic world with many tasks it is tempting to keep pushing our ideas; and I still notice that I am tempted myself. The benefits of creating an image of where we want to go seem to grow exponentially when we tap into the Shared Imagination, as many things will go much more organically afterwards, building on the shared experience and insight we have created.

I also used this concept during a workshop in with other artists and scientists when we made an art work together. Feedback received was great: people thanked me for the insight, suggested I write a book about this very organic way of leading. This lead to the articles on this blog, and I thank all in that group to have voluntarily participated in that experiment. 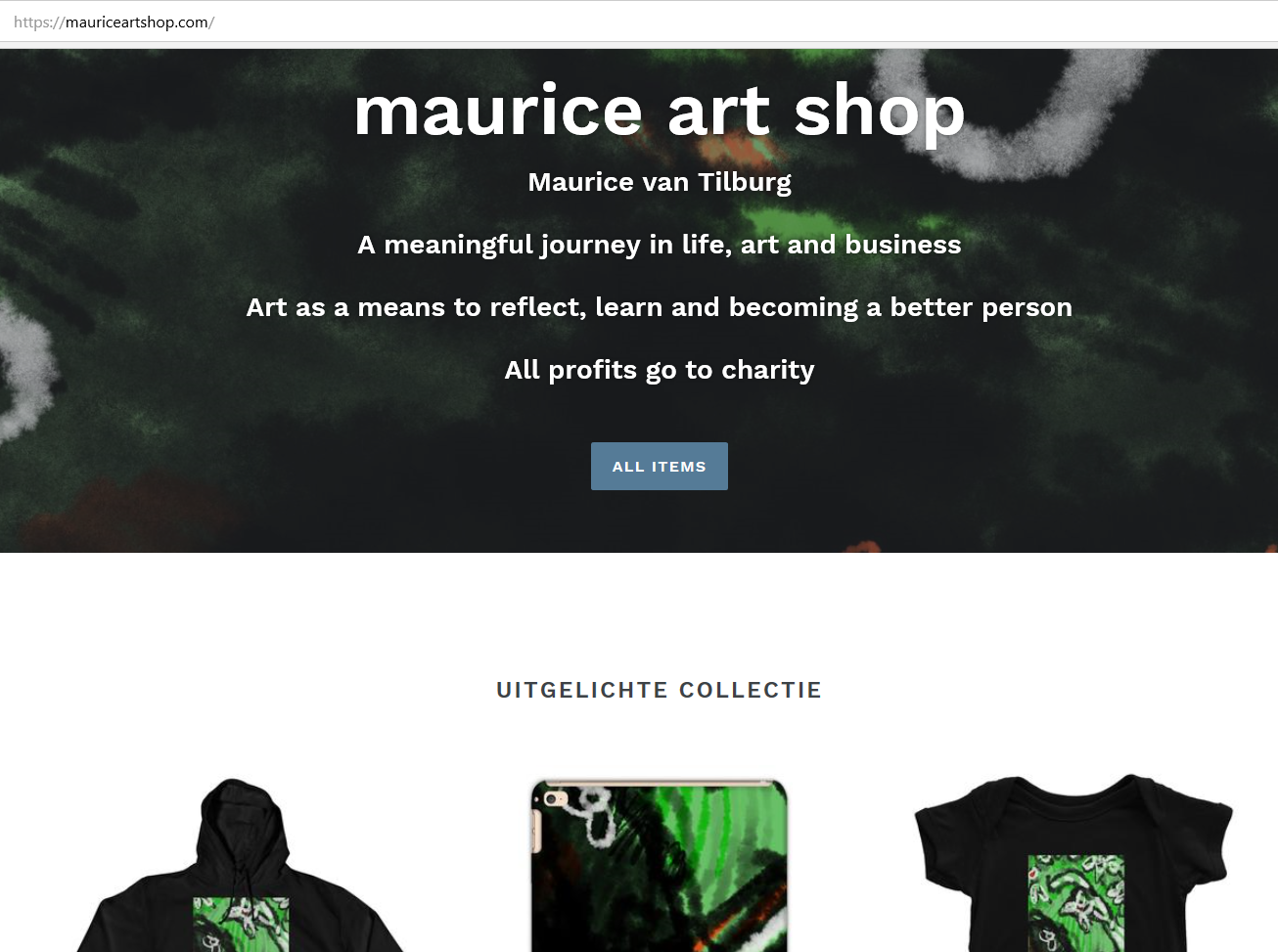